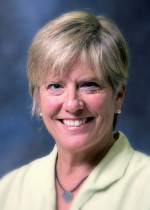 Following several years of employment as an Exercise Specialist in a Cardiac Rehabilitation program in South Carolina and as a Supervisor in the Critical Care Unit at the Maryland Emergency Medical Services in Baltimore, Maryland, she enrolled in the doctoral program in exercise physiology at the University of Florida and received her degree in 1996. Her research focused on the effects of glucocorticoids on the rat diaphragm muscle. Following graduation, Dr. Eason worked as a post-doctoral researcher in the laboratory of Dr. Arthur English in the Department of Cell Biology at Emory University from 1996 through 1998.

Dr. Eason joined the faculty at the Louisiana State University Health Sciences Center in August of 1998. Her teaching responsibilities include Pathophysiology and Diagnosis and Management of Cardiopulmonary Disorders. She also coordinates the Evidence-Based Physical Therapy courses in which the students complete the Capstone Projects. Dr. Eason is co-author of the textbook Exercise Physiology: Basis of Human Movement in Health and Disease and was Editor-in-Chief of the Cardiopulmonary Physical Therapy Journal from 2002 - 2008. Her research interests include the response of skeletal muscle to various perturbations and exercise training in clinical populations.