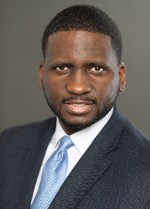 Dr. Gill received his Doctor of Physical Therapy degree from Hampton University in Virginia in 2006.  He completed his Ph.D. as a NIH-T32 pre-doctoral research fellow in the Rehabilitation Science Doctoral program at the University of Florida in 2012.    He continued his research training as a NIH-T32 post-doctoral research fellow in the Department of Physiology and Biomedical Engineering at the Mayo Clinic in Rochester, Minnesota from 2013-2016.

Dr. Gill joined the faculty at the LSU Health Science Center in July 2017.  His teaching responsibilities include Diagnosis and Management of Neuromuscular Dysfunction, and Evidence Based Physical Therapy.