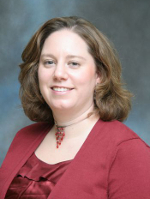 Dr. Wellons received her Bachelor of Science in Health Sciences in 2002, followed by a Masters in Physical Therapy in 2003 from the University of Scranton in Scranton, PA.

Returning to Philadelphia after PT school, Dr. Wellons has worked in a variety of inpatient settings such as skilled nursing facilities, acute hospital, and acute rehabilitation. She earned her Transitional Doctor of Physical Therapy degree from Thomas Jefferson University in Philadelphia, PA in 2006. Dr. Wellons has also had the opportunity to treat patients with vestibular and balance dysfunction in an outpatient vestibular rehabilitation clinic. She attended the APTA course in Vestibular Rehabilitation earning a Certificate of Competency in Vestibular Rehabilitation in 2008. Dr. Wellons developed experience working with neurological populations across the continuum of care, so she became a Board Certified Specialist in Neurologic Physical Therapy in 2009. She has served as Adjunct Faculty at Thomas Jefferson University and Drexel University in Philadelphia, assisting with lab based curriculum in general mobilization techniques and neurological populations.